AN ARTISTIC INQUIRY INTO JOAN OF ARC

Performer Simona Sala
Lights and images Luca Poncetta
Sound Silvio Marino
Set Simone Alessandrini
Costumes Valentina Sanna
Drama and Direction Federico Bomba
After exposing the first studies of [White] Heresy to the gaze of passers-by in the cities of Ancona, Rome, Krakow and Wroclaw, Sineglossa continues to investigate the iconographic stratification that has been made of Joan of Arc during the history. The performance temporarily occupies abandoned cities spaces to re-define them as places for future actions and lay spirituality.
Images that once occupied the walls of the chosen locations are returned to the audience in new ways, in a precarious fashion as is the contemporary world we live in.
No more oil paintings, as those used at the time in which identities were a certainty, but ephemeral appearances. These new images delineate the shapes of a new generation looking for the real or virtual communities it belongs to, while refusing heroic/iconic figures which are distant from their own lives.
The generation that we are talking to, and the one we want to give more visibility to, is the one comprising all those who are contributing to changing the history, in which the identity of every individual becomes irrelevant – think of Anonymous, Femen or Wu Ming; a community which, through old and new communication forms, becomes an engine of worldwide revolutionary actions without falling into an attitude of narcissism, as selfies sometimes show.
This (site-specific) process entails the involvement of artists and creative people from the city in which the project is presented. This consists in a absolutely horizontal dimension of exchange, where artistic questions are shared, tested directly on the scene, rejected or accepted, to establish another form of artistic community, temporary and fighting.
[White] Heresy is supported by the Grotowski Institute (PL) in view of the upcoming Wroclaw European Capital of Culture 2016.

Sineglossa distances itself from pop art, from cynicism, from nihilism
and from mere divertissement.

Sineglossa is the project of four artists – a visual artist, a musician, a performer and a director – which explores the relationship between contemporary languages and contexts in which the works are produced.
The goal is to help transform Culture into cultures: to turn into plural everything that is still thought of through the singular, with a strong focus on dialogue between those who produce and who benefits from it.

Sineglossa has presented its works in many International Festivals, like RomaEuropa (I), Fast (I), Civitanova Danza (I), Teatri di Vetro (I), Queer NY (USA), BEFestival (UK), Queer Zagreb (HR), Vordingborg (DK), Cos (ES), Incontri Teatrali (CH), AdriaticoMediterraneo (SRB), Fringe Edinburgh (UK), Reminescences (PL), The World as a place of Truth (PL) and worked in Visual Art institutions such as Palazzo della Penna (I) and Fondazione Volume! (I).

Its previous work, UNdo, was co-produced by ETI (Ente Teatrale Italiano). Since 2010 Sineglossa is producing Heresy, a long-term interdisciplinary project played in heterogeneous urban spaces. It is co-produced by Chantiers Temps D’Images- Fondazione Romaeuropa and by The Grotowski Institute (PL). 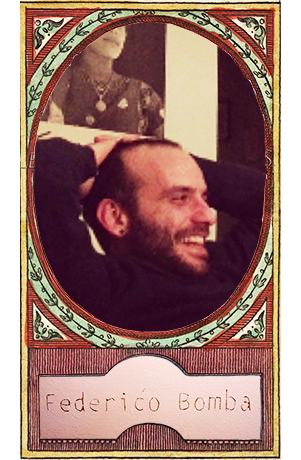 Director, lives in Ancona (I). With a degree in philosophy, Federico had to make a choice between a Master in Landscape Architecture and one on Performing Arts. He chose the latter, while continuing to believe that there is a profound connection between philosophy, urban landscape and dramaturgy. Since 2006, he realizes performances, leads interdisciplinary training of young creative people and works at the strategic direction of cultural projects 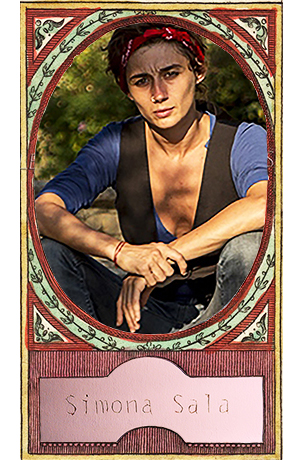 Actress and performer living in Wroclaw (PL). Her training took place through a collaboration with artists like NhandanChirco (Workcenter of Jerzy Grotowski and Thomas Richards), Giles Smith (Royal International Theater ofLondon), Iñaki Azpillaga (Spain), Carlos Alsina (Argentina) and Tania Kabarova (Derevo). Since 2011, she works with the company Teatr Zar (within the structure of the Grotowski Institute in Wroclaw, Poland) collaborating in the creation of the last performance of Armine, sister in the context of the dramaturgy of physical actions. In her training, she is developing a research concerning the dynamics of time-rhythm, the accumulation of energy storage and the potentiality of a performer’s dramatic actions. 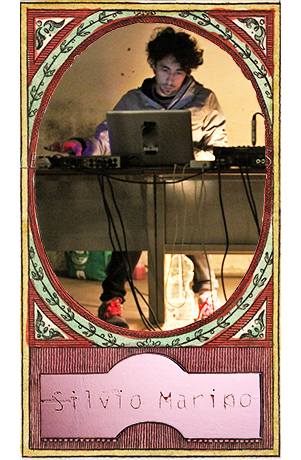 Two paths have always characterized his artistic and intellectual career: the research of sounds and the anthropology of art. The former has led him to study in the field of electronic music; he formed the P.U.S. group and Sineglossa. The latter has led him to take an interest in Surrealism and African fetishes; he graduated in Bologna, to later engage into a specialization in Paris (Master 2 Ecole des Hautes Etudes en Sciences Sociales), where he currently lives and works with the Collectif Infini. Interested in investigating the weight and promoting the dramatic role of any acoustic phenomenon in the world of performing arts, Silvio is currently a member of Sineglossa and is working with Su Danzare, a Franco-Italian dance/theater company. Silvio dreams of being able to bring together these two paths into a single experience. 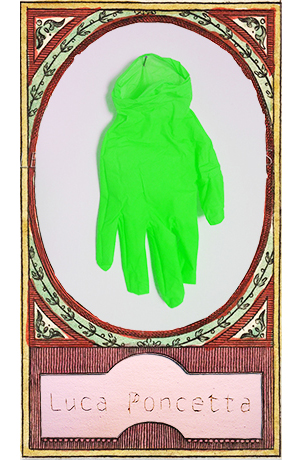 Born in 1980, Luca lives and works in Bologna (I). Within the framework of Sineglossa, he deals mainly with the light design and branding. From 2010 to 2013, Luca worked on the project Dom- led by Leonardo Delogu. He also works in the field of visual arts.

Sineglossa maintains a constant dialogue with national and international companies on innovation in the performing arts. 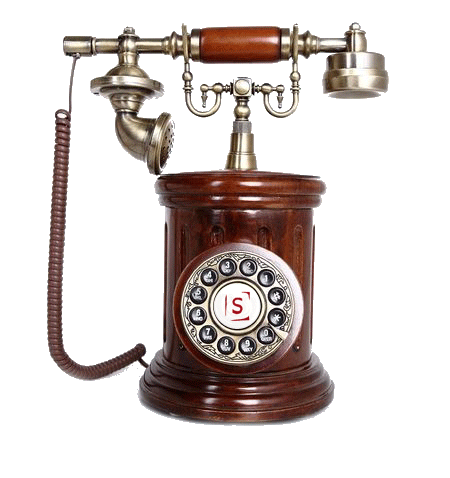